Getting Started with Growth Mindset 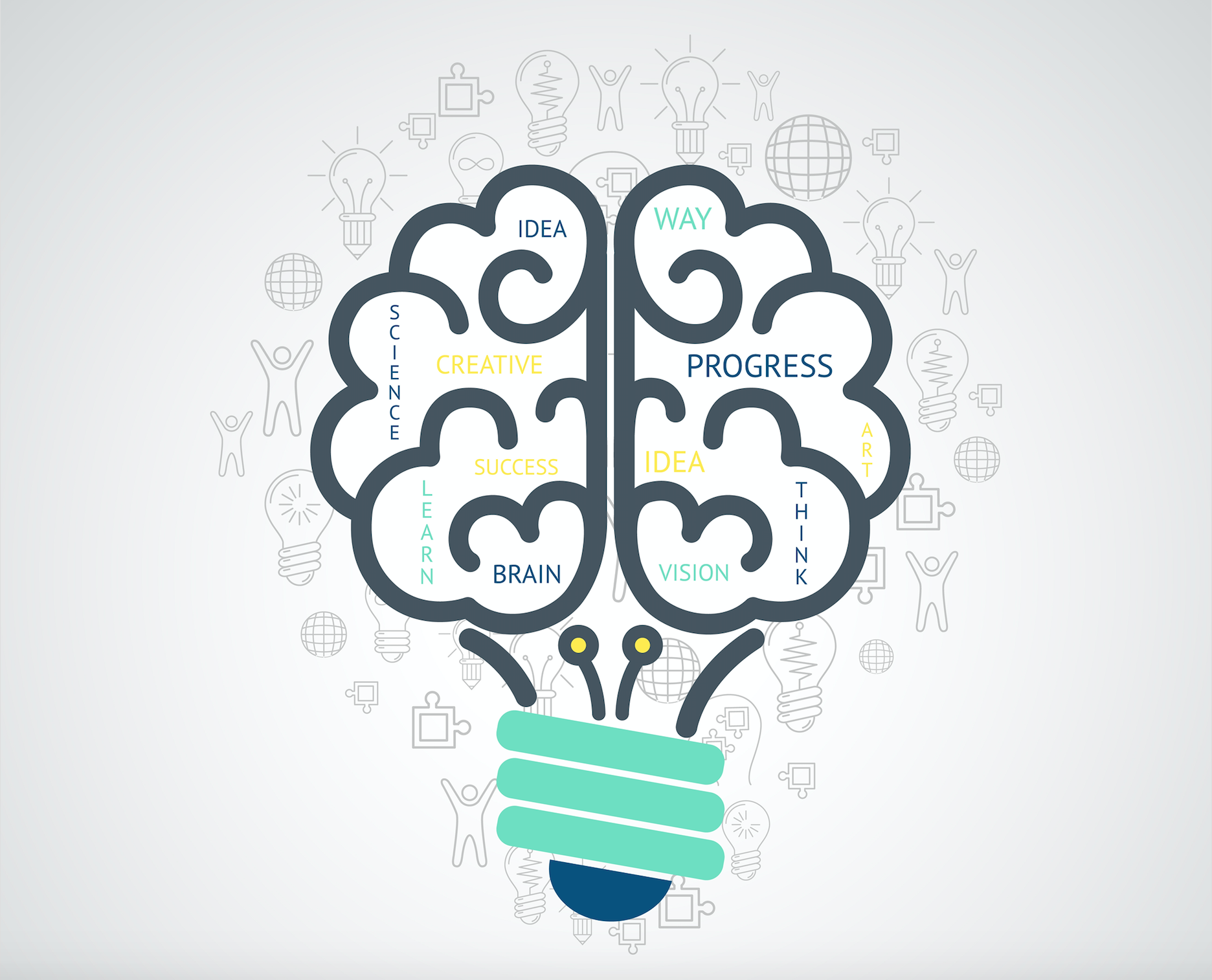 There are so many resources out there geared toward Growth Mindset that it can be overwhelming at times! I hope at this point, you’re feeling excited about growth mindset, but I’m sure you’re wondering – how can I add this to my already full plate? While we all know that building or shifting a classroom culture takes work, there are some small steps you can take right away to get started.

I’ll share some of the steps I’ve taken in my classroom so that you have a guideline and some concrete ideas for classroom implementation and sustainability. Now, of course every teacher knows their kids best and every classroom has different dynamics, so while there is no one recipe for creating a growth mindset, I’m hoping some of these ideas will work for you. All the resources here are either free apps or downloadable files that can be found in my Teachers Pay Teachers store.

Here are resources you will find in my store: 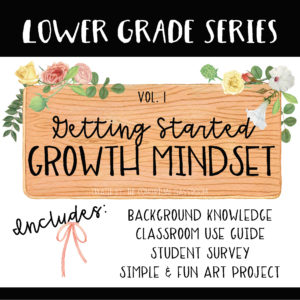 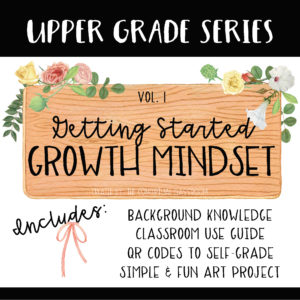 The first and easiest thing that I used to start building a growth mindset culture is the ClassDojo Growth Mindset video series.

ClassDojo is a free website and app that can be used for classroom management and sharing updates with parents in sort of an Instagram-style newsfeed. Sidenote – I noticed that my occasional upload of pictures or videos here and there really alleviated the amount of parent emails I was receiving.

What’s nice is that once you sign up, you can use as many or as little of the features as you’d like. One of the features that is a no prep, immediately ready to go resource is their Growth Mindset video section. They have 9 great episodes about how the brain works, grit and perseverance, something called “the dip”, making mistakes and learning from them, and more. You can throw these episodes on from the first day of school and, bam, you’ve started the process. (They also are a quick and fun way to brush up on your own understanding of growth mindset and the implications.)

Check out the Growth Mindset video series and the rest of the ClassDojo website by clicking the image here. I have no affiliation with ClassDojo… it’s just a great resource that I really do utilize on almost a daily basis in my classroom.

I think the moment that really solidified my understanding of the importance and gravity of growth mindset was this video that summarized the studies of Carol Dweck and Claudia Mueller on fifth graders and mindset outcomes. It’s about a 5 minute video, so if you don’t have the time, I summarized it below the video.

Essentially, the studies consisted of having students take a simple, non-verbal IQ test. They then would praise the students in one of two ways – for intelligence or for effort (positive feedback, regardless of their test scores).

The third part of the study was to give the kids a difficult test to see how they persevered and then interview them to determine how they attributed their successes or failures. Based on interviews after this difficult test, the kids praised for intelligence attributed their low performance to low ability, while children praised for hard work did not seem to measure their intelligence from how well they did on the problems.

I think this is so important to be cognizant of as teachers. While our feedback doesn’t give students everything they need to be successful, it can give them the mindset they need.